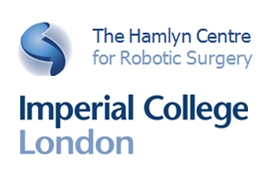 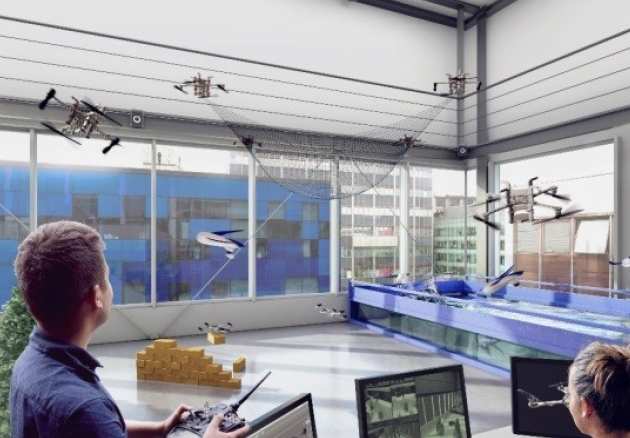 A large enclosed 10x6.2x5.5m flight arena (Arena), equipped with 16 Vicon T40 tracking cameras, capable of tracking multiple flying objects in 6 degrees of freedom, with millimetre accuracy. Tracking data can be used for closed-loop control of vehicles. The Arena is the first of its kind in Europe, enabling engineers to test the next generation of aerial robotics for urban environments and extreme conditions. Researchers in the Arena are able to simulate different terrains in the air, the ocean and on land. The space also enables engineers to create extreme conditions such as fire, smoke and heat to simulate how the next generation of drones will perform in harsh environments. The research focus in Arena encompasses two main themes: (i) physical adaptation; (ii) cybernetics adaptation. The physical adaptation includes morphological changes in different environmental conditions for aerial and multi-terrain robots to land, perch, locomote or \"stay still\" in narrow and cluttered spaces. The cybernetical adaptation includes adjustments at the algorithmic level to maintain the stability, avoid the collisions and the track the safe and reliable trajectories. These activities are considered holistically with potential human interactions, neuroscience, and bio-inspiration. 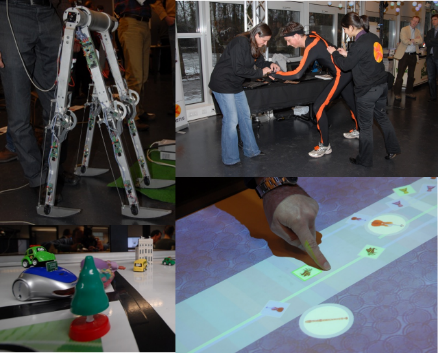