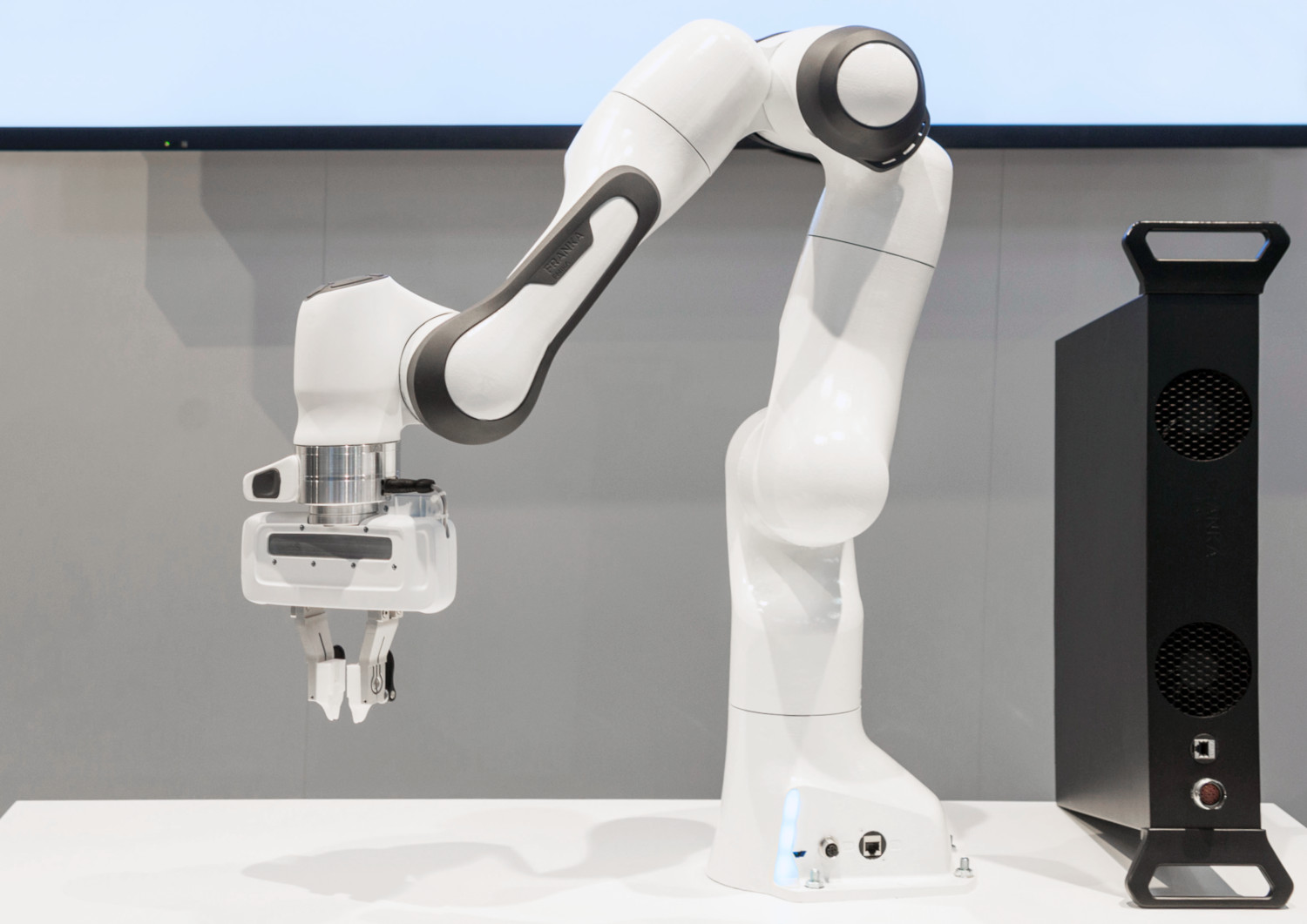 At RaM we have multiple general-purpose robotic arms; KUKA LBR4+ arm and Franka Emika Panda arms. Each is a 7-axis fully-actuated robot with torque sensing and control. Each joint is equipped with a position sensor on the input side and position and torque sensors on the output side. The robots can thus be operated with position, velocity and torque control.Unlike typical factory robots, which are so dangerous they are often put inside cages, these arms can operate among people. They are designed to perform tasks that require direct physical contact in a carefully controlled manner. These include drilling, screwing, and buffing, as well as a variety of inspection and assembly tasks that electronics manufacturers in particular have long wanted to automate. The KUKA robot is programmable in C++.The Franka Emika robots are setup with Robotic Operating System (ROS) interface, hence they may be programmed in a variety of languages such as C++, Python, etc.