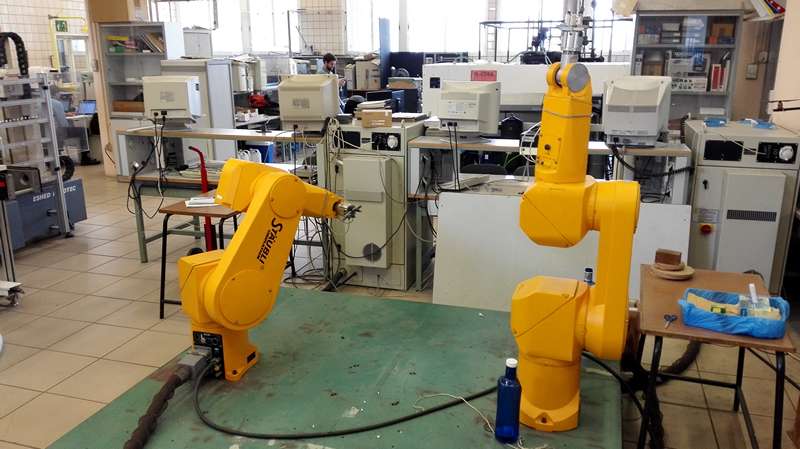 Two commercial RX-90 robotic arms. They can cooperate with each other to do different tasks. Controlled with Ubuntu/ROS thanks to self-designed programs.

The aim of the project was to determine the possibilities and conditions for the transfer of the own concept of intelligent machining system using industrial robot equipped in tool for: surface shape recognition, machining based on view of surface, on line system for recognition of surface quality on the RX90 robot available as part of the TERRINet platform at the University of Seville. Because this robot had an open control system developed for the Linux platform using C++, it was possible to use elements of the proposed intelligent system of machining with surface shape recognition. After analyzing the possibilities of the RX90 robot, which was equipped with a USB camera mounted on robots head, the main objective was to try to automatically prepare of control file for RX90 robot on the basis of the indicated using USB camera flat surface view for image processing based on own special RoboView.

Because the developed intelligent machining system software was implemented in VB6, it was possible to develop an off-line system during a short stay. RoboView software was modified and directly generated based on image analysis X, Y, Z parameters code of robots trajectory and A, B, C values ?? of head rotation added from the keyboard. As result of the image analysis, the .txt file of code for controlling the RX90 robot was obtained. Tests carried out on the use of automatically developed control files using the RX90 robot, confirmed the correctness of the development, the robot movements were consistent with the assumptions. This creates conditions for implementing the VB6 source code into the C++ source code for on-line programming the RX90 robot for task of machining with automation recognition of surface view. This opens the way to implement other aspects of intelligent machining system using a robot equipped with a tool. 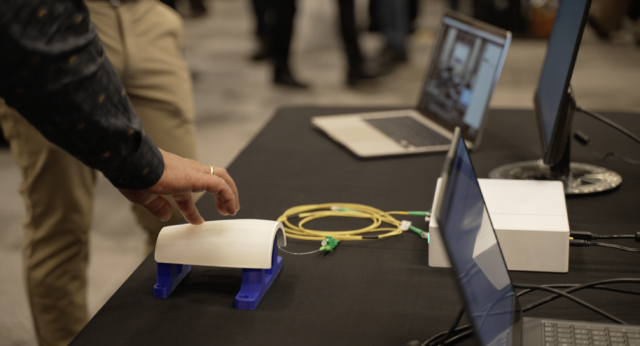 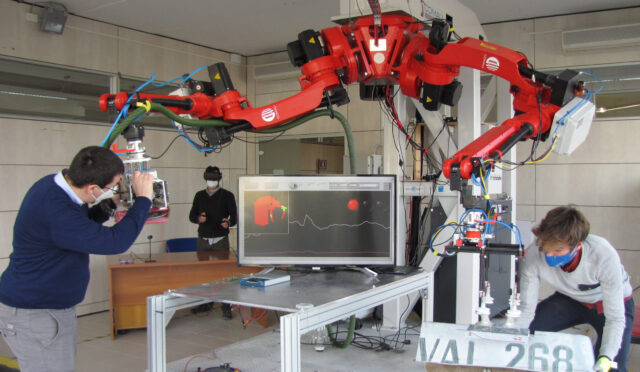