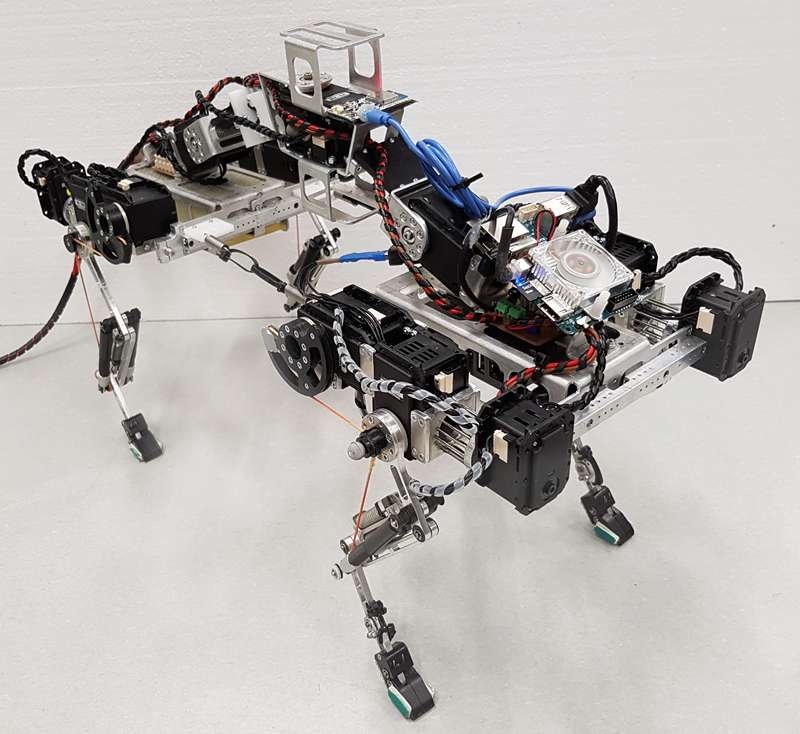 Serval, the last in a line of robot iterations, is meant to serve as a quadruped for agile movement. We use the previously researched mechanisms, control structures and gained knowledge in the electronics development to build a combined and hopefully higher performing robot. Serval consists of and active 3-DOF spine (combining advantages from Lynx and Cheetah-Cub-S), leg units with adduction/abduction mechanism and a scaled ASLP-version of Cheetah-Cub-AL. All motors (Dynamixel MX64R and MX28R) are combined with in-series elastics to protectthe rather sensitive gear-boxes from harm in different load scenarios. The robot is equipped only with a minimal sensor set, consisting of a low-cost, medium-grade IMU. Collaborations, started close to the end of this thesis will provide contact and GRF sensing with capacitive sensors as well as a sensitive skin for physical guidance. Control is realized through inverse kinematics for the legs, (for now) offsets in the spine and an underlying CPG-network for pattern generation. Reflexes, like in Oncilla, were not yet implemented, but are ongoing and future work.