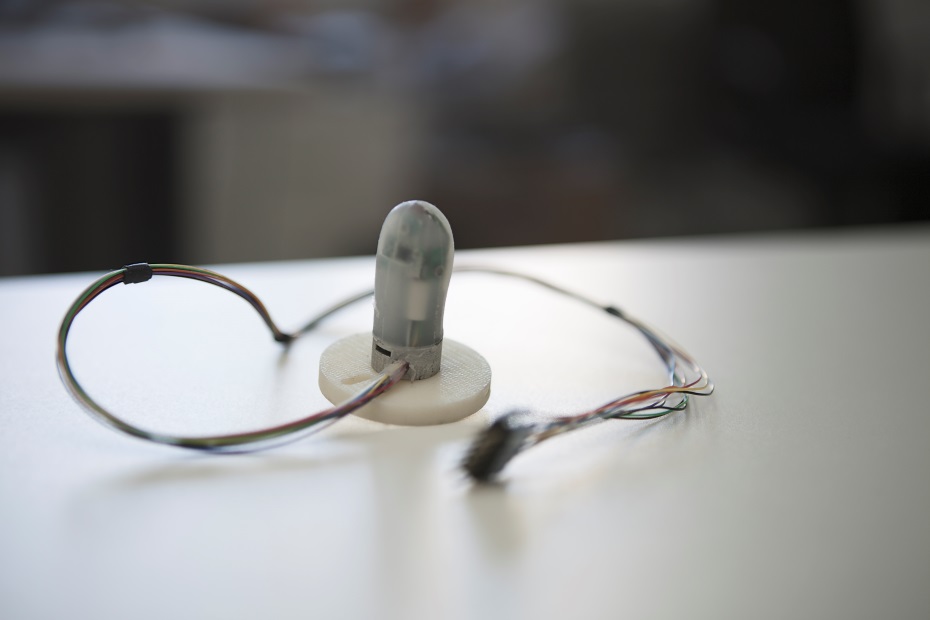 Neuromorphic Artificial Touch Sensors are a platform composed by an artificial tactile finger equipped with an array of 4 tactile MEMS sensors (MicroTAF), each having 4 output channels, and single board RIO by National Instruments. It encodes not only the normal force but also tangential forces. Data generated from the fingertip can be raw, i.e., the conversion of MEMS outputs, or neuromorphic, i.e., with sequences of neural-like spikes.The artificial tactile finger is available in two versions, one with a thick covering layer emulating the firing behaviour of type II human mechanoreceptors (Ruffini and Pacini), and another with a thin covering layer emulating the firing behaviour of type I mechanoreceptors (Merkel and Meissner).The platform is capable to discriminate between surfaces with different roughness, even between different daily use surfaces (like glass, wood, paper and more).The artificial tactile finger can be mounted on the Azzurra Hand with a proper adapter or any other hand/arm with a simple mechanical interface.

Go to infrastructure
Back to top