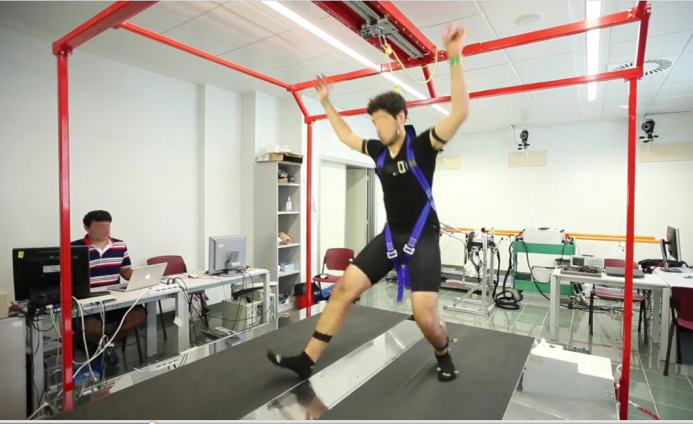 SENLY is a mechatronic platform aimed at perturbing steady conditions, such us, walking or keeping the upright stance, by slipping-like perturbations.It mainly consists of a double split-belts treadmill which belts can be independently controlled along the fore-aft and medio-lateral directions, thus emulating multi-directional perturbations. SENLY is also provided with force cells allowing the users to evaluate the load distribution between the legs.Perturbations can be delivered either synchronously, that is, simultaneously with the Start command run by the user, or asynchronously, that is, when a particular load distribution on both platforms is detected.

Go to infrastructure
Back to top