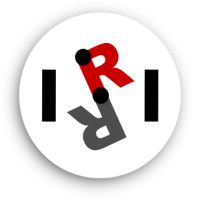 Outdoor pedestrian area of 10.000sqm in the UPC nord campus, provided with fixed cameras, wifi, 3G/4G and partial gps coverage, with presence of buildings, open and covered areas, ramps and some vegetation. Several public space scenarios could be developed in this area, as markets, bars or shops aiming to deploy robots in a real and controlled urban scenario to perform navigation and human robot interaction and collaboration experiments for multiple applications.

Robots are being put to use in scenarios where lives or very high economic values are at stake. Thus, robotic safety and dependability must be carefully addressed. The goal of this project is to assess the behaviour of robots containing defects in the code. The increasing size and complexity of robotic software lead to a proliferation of software defects, informally known as bugs, present is most software. While many software bugs create no safety risks, a subset of those faults can have unforeseeable consequences.

In some circumstances, robots fulfil safety-critical functions where failures lead to safety risks. Even a simple urban robot may cause risky situations by halting on a busy road. Therefore, evaluating failure modes and effects due to software faults is essential. To this end, the ucXception fault injector emulates realistic software faults in the source code, aiming to observe the effects and design appropriate fault tolerance mechanisms.

The project showed that software fault injection can be used to identify the failures modes of robots. A robot was programmed to perform a navigation task, followed by a detection task and finally moving toward the detected object. The ucXception tool was used to insert realistic software faults in the source code of relevant modules (e.g., navigation, lidar detection). A frequent failure mode consists in the robot halting at some point during the tasks. While this may not be problematic if the robot has a safe-stop, one can foresee scenarios such as an urban robot halting in the middle of a busy intersection. Another, less frequent failure mode consists in the robot performing a task erroneously. A few experiments resulted in incorrect orientation and navigation, potentially leading to undesired situations in a real deployment. This clearly calls for strict attention to safety, therefore pushing the need for dependable robotics.

IDMind intends to perform different experiments in “Barcelona Robot Lab” which will allow to evaluate the performance of a recent development of the company, a six wheeled robot platform, guided by the following objectives:

- evaluation of the platform kinematics in different terrains and routes

- overall tests of the platform safety and robustness

- tests on the power autonomy

IDMind is a producer of custom-made robot solutions. The company is developing this robot platform to operate in an outdoor urban like environments. The Barcelona Robot Lab offers an outdoor pedestrian area of 10.000sqm in the UPC nord campus, provided with fixed cameras, wifi, 3G/4G and partial gps coverage, with presence of buildings, open and covered areas, ramps and some vegetation. This is a relevant scenario to deploy robots in a real and controlled urban scenario.

With this development the company intends to complement its product offer with an outdoor robot platform for urban like environments.